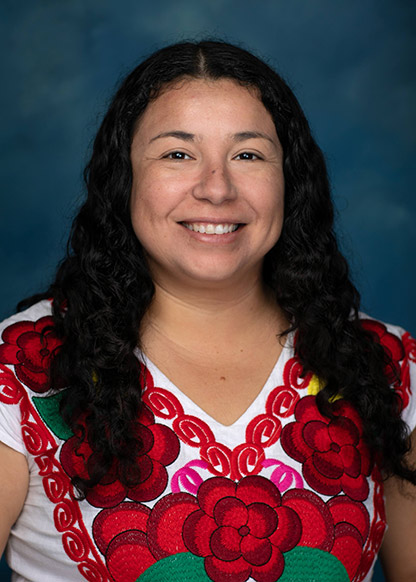 Angelica Rodas, formally Ms. Gomez, is a Native from the Mexica/Otomi tribe, American-born and raised in Santa Ana, Iztapalapa, and Atotonilco- HDG, Mexico. From her humble upbringings, Angelica has focused her American-born privilege to educate herself at Santa Ana College in Early Childhood Education. Angelica received her B.A. in Psychological and Social Behaviors at the University of California, Irvine (UCI) with a minor in Cultural Anthropology and a Certificate in Global Studies. As a WOC (Woman of Color) Farmer, Angelica has worked at Tustin Memorial Academy, as a Naturalist/Farm Instructor since 2017. While working at the TMA farm, Ms. Rodas provided gardening programming focused on Renewable Energy, so students can actively engage in reversing Climate Change on the campus. Since her arrival in 2017, TMA Farm has redirected 5,250 lbs of coffee grounds from DTSA coffee shops, before the pandemic. In addition, Angelica has successfully managed to redirect 15,000 gallons of rainwater from the rainwater cistern system. Lastly, Angelica manages three hot compost areas, two vermicompost bins, a California Native Garden, rehabilitating a Sensory Garden, and 20+ in-ground/raised bed accommodating all classes on campus.